Draft of Darkness Early Access release date is set to be 30th of July, 2021! You can watch the new trailer below, and play the updated demo on Steam! Don't forget to wishlist the game to be notified on the release date!

Draft of Darkness is a survival horror / deckbuilder roguelike game. You'll be exploring procedurally generated dungeons, with classic roguelike tile-based movement. In these dungeons, you'll do exploration, fight enemies, make decisions, recruit new party members and try to reach the exit. In the meantime, you'll need to organise the card decks of your party members, manage your resources and solve puzzles. Whether you succeed or fail, you'll be able to open booster packs and rearrange your starting deck to try again with a different strategy!

Since the last devlog there has been many improvements and content additions to the game. To compensate for being slow on writing dev blogs, I'd like to go over how the development went during this time. Keep in mind that I'll be pointing out the biggest bullet-points, while there have been many small tweaks and improvements in the background.

All heroes and companions now have "perks", which will give them an extra ability that adds variety to how the character plays. Each hero will have a single perk, while companion perks will be randomised depending on the companion type. When you come across a new party member, their perks will be a factor for you to consider whether or not to recruit them.

As an example: Thug's "Assassin" perk gives them increased Critical Strike chance when they swap weapons during an encounter. Here, we are swapping to our pistols and execute the Pursuer with the Last Shot card.

After every floor, you'll be able to spend a new resource called "Anolette Dust" to heal your party members or rearrange the cards in their decks. This item can be looted from bosses and strong enemies. Before this addition, there weren't many chances to remove cards from your deck or fix the cards in the companion decks. The resting mechanics will allow you to have more control over your companions, and provide a way to heal your party after boss fights.

There has been many changes to cards, enemies and characters to balance the game; but it sure is not an easy feat to make the game perfectly balanced for everybody. For this reason, 2 difficulty modes are added to the game: Easy and Hard modes. The difficulty settings change various parameters such as enemy strength and defences, resource drop rates etc. Hard mode also gives some of the enemies new buffs and abilities. Why not individual difficulty modifiers? I'm not planning to implement them for the story mode. Those should be more fitting for the "Custom Run Mode", which is in the plan of the Early Access phase.

When you unlock the booster packs for the secondary weapons that can be used by heroes (flashlight, syringe, axe), these weapons will be available for them from the beginning. You can now try out new starting decks such as flashlight-only or syringe-only decks, without the risk of not finding the corresponding weapon. 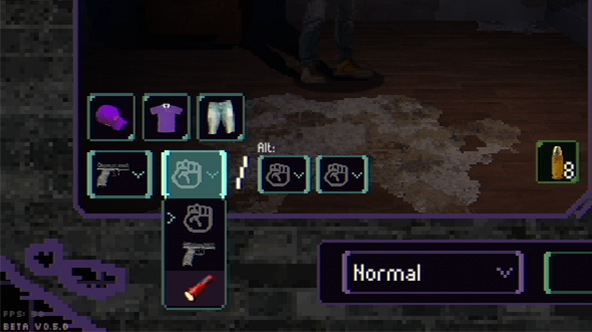 There has been many suggestions to improve the UI experience of the game. While there still is room for improvement, the QOL changes definitely helped fix some of the issues players were having. Some of the important UI changes:

You can see these and the rest of the UI changes by playing the updated demo! 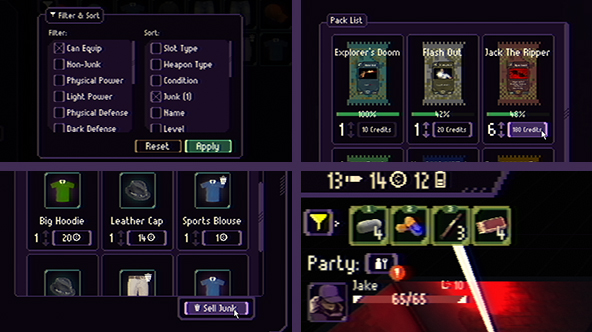 The story-related development has continued in a separate branch to keep things spoiler-free. For the Early Access version, "Part 1" of the story will be available and "Part 2" will be released during the EA period. The first part of the story also serves as a set-up for the rest; you'll be meeting the characters and getting to know the world. This will be important for the decisions you'll make, especially for the second part of the story.

The story of Draft of Darkness advances with the actions you take and choices you make during each of your runs. As a whole, it can't be completed in a single run, as it runs on a "meta-progression" system. After each run, you'll see the "nodes" on the "flowchart" unlock one by one, which will give you an idea about the structure of the story and what to do next. 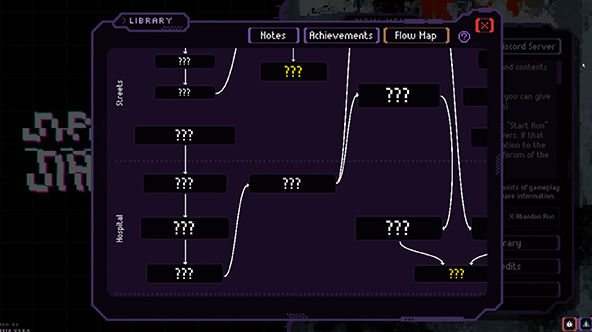 At the release of the Early Access version, the game will come with 3 heroes, 4 companion types, 6 weapon / card set types (135+ cards), 3 areas, 19 basic enemies, 9 boss fights, 28+ decision events, 45+ unique items, 12+ consumable items, 17 notes & more. Our estimates show that the story included in the EA should take at least 6 to 10 hours to complete, depending on how well you do during your runs. Currently, you'll need to complete at least 3 runs to reach the ending screen of "Part 1". Of course, there are secrets, achievements, unlocks you can hunt, which will add many hours of playtime.

By the end of the Early Access, I'm planning to have the content at least doubled. There will be 2 new areas added with new enemy types and bosses. During EA, I'll be releasing biweekly patches adding content, making improvements and fixing bugs. Most of the remaining of the story and content is already planned, but I'll need your help to balance the game and improve this experience even further! You can always join our Discord server to give your feedback and ask questions directly to us!